The body of work Monomoy reflects my experiences and observations of being immersed in the unique
landscape of Monomoy Wildlife Refuge, a barrier Island off the coast of Cape Cod. As part of the Aldo and
Leonardo Residency Program I was exploring the interconnectivity of art science and nature. While working
with the Wildlife and Fisheries Department I researched the invasive plants such as Phragmites Australis,
Common Reed, to be used as a material for papermaking. I was inspired by the force, pattern, and energy of the
ocean, as its dominance in the landscape here, exemplified that which is wild in nature, and my observation of
this shifting landscape reiterated the concept that the only constant is change. This work was created in
celebration of the upcoming 50th Anniversary of the Wilderness Act. On October 23, 1970 Monomoy was
declared a designated a wilderness area.

As an interdisciplinary artist, I create installations that resonate with the materiality and rhythms of the natural
world. My work is directly inspired by personal experiences had in nature and the research that evolves from
wanting to understand the history and systems of the locations I explore and plants I gather. I am an observer,
collector, fabricator, and instigator of thought and haptic experience. Throughout my creative process I employ
techniques that crisscross the boundaries of contemporary craft, sculpture, and installation. 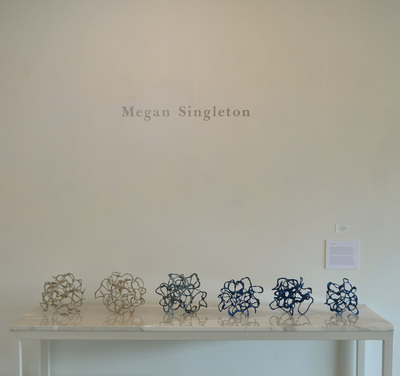 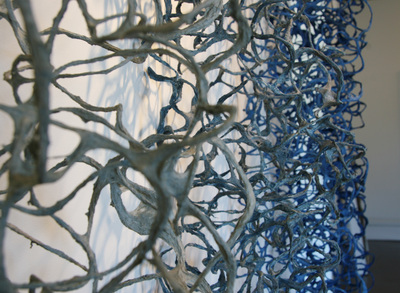 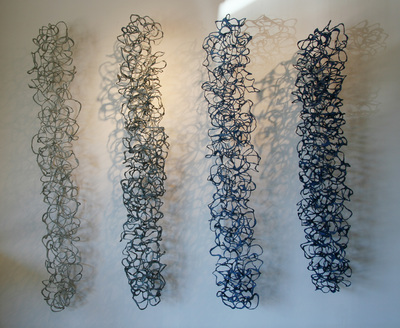 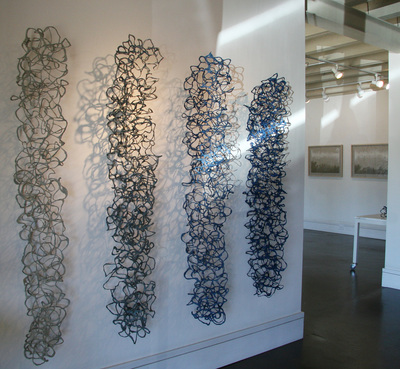 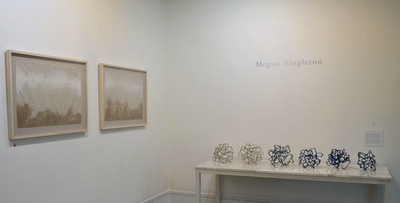 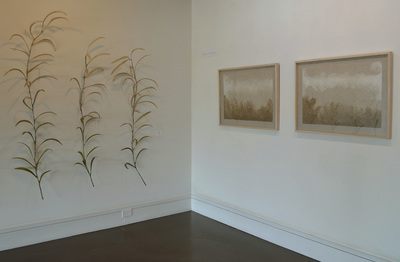 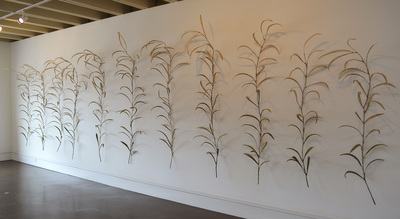 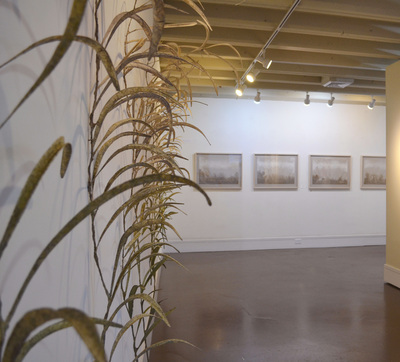 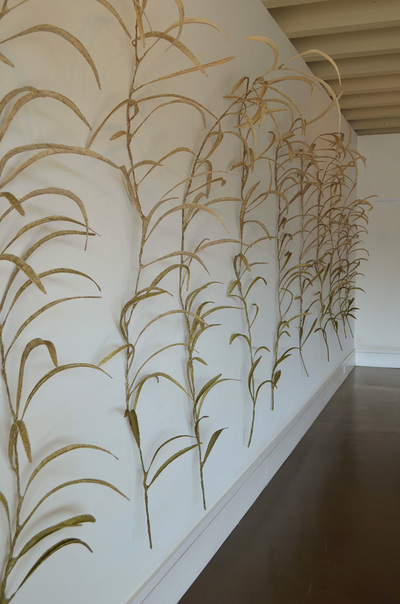 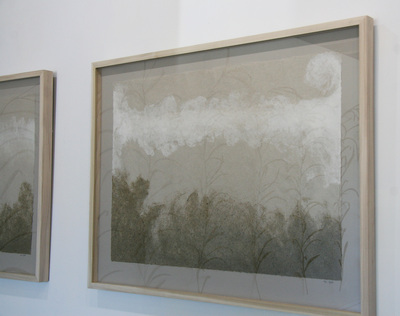 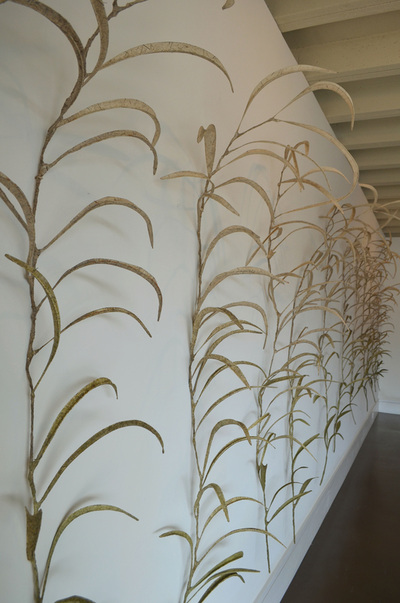 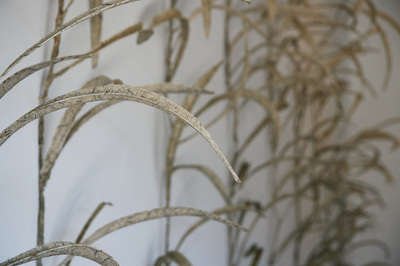 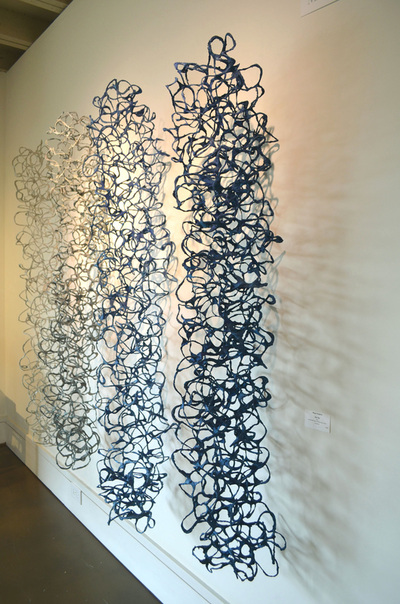 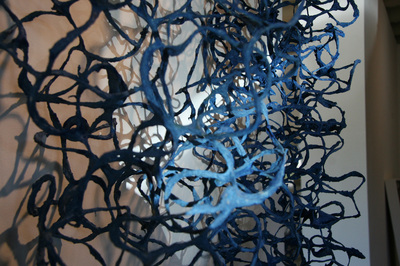 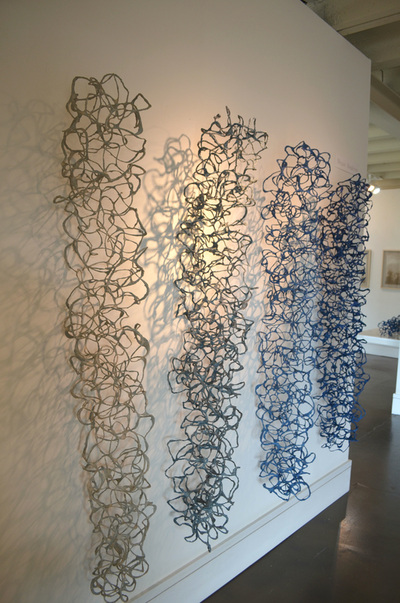 These analytical drawings on pulp paintings, depict data collection of the U.S.Department of Wildlife and Fisheries and my traversing footsteps on Monomoy Island, 3244 Acres of designated Wilderness. During the 4 weeks I spent on the island of Monomoy I discussed with biologists and refugee manager the importance of the Wilderness Act, passed in 1964, and discovered the characteristics of “wilderness” that are defined in the Act as follows: 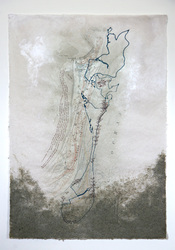 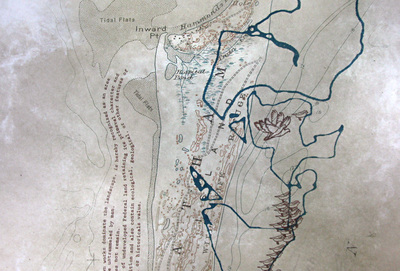 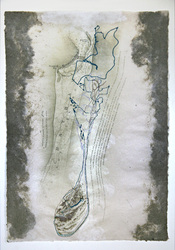 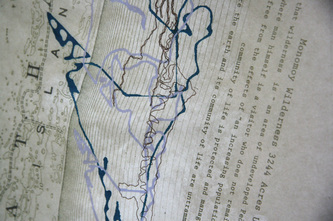 A wilderness, in contrast with those areas where man and his own works dominate the landscape, is hereby recognized as an area where the earth and its community of life are untrammeled by man, where man himself is a visitor who does not remain. An area of wilderness is further defined to mean in this Act an area of undeveloped Federal land retaining its primeval character and influence, without permanent improvements or human habitation, which is protected and managed so as to preserve its natural conditions and which (1) generally appears to have been affected primarily by the forces of nature, with the imprint of man's work substantially unnoticeable; (2) has outstanding opportunities for solitude or a primitive and unconfined type of recreation; (3) has at least five thousand acres of land or is of sufficient size as to make practicable its preservation and use in an unimpaired condition; and (4) may also contain ecological, geological, or other features of scientific, educational, scenic, or historical value.

On October 23, 1970 ninety seven percent of Monomoy was designated wilderness by the U.S Government.  Though given this designation, heavy management of the area does occur because of its dual designation as an endangered migratory bird habitat, including vegetation burns of the invasive plant Phragmites Australis, Common Reed.  Because of its invasive nature and my research interests in using invasive plants for papermaking I was also allowed to collect and remove these plants from the island. The designation and regulation of Wilderness areas continue to be a political battle, wherein wilderness areas are confronted by threats of exploitative uses of the land through the power of amendments to the Wilderness Act. 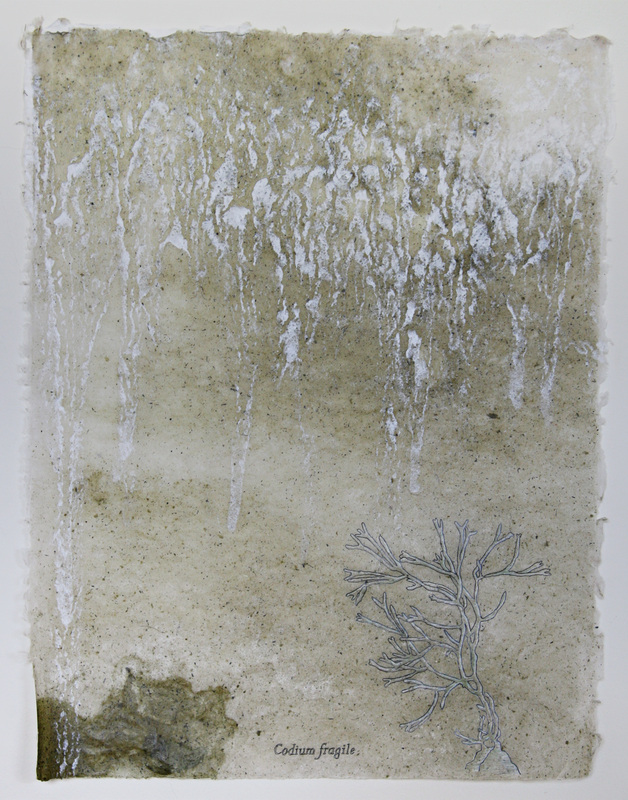